2020 has been a particular year for comics. The first months of justified confusion were followed by interesting results for comic books that reached significant numbers, not only in the comic book stores but also in traditional, digital, and trade channels.

But not only that: according to the chart presented by Growth For Knowledge, world-leading consumer and market insights provider, the first ranked for copies sold in 2020 among Italian independent publishers, and seventh in the overall classification following closely behind more renowned publishing companies, was Star Comics, publisher of Japanese and Western comic books.

The publishers, who chose StreetLib for their digital distribution, are from Perugia and we spoke to them about numbers, and digital and future prospects. Enjoy reading!

Can you tell us a bit about your story?

Star Comics has a long history and we’ve always been linked to the world of comic books. We debuted in 1987 relaunching the American superheroes of Marvel to the Italian market. Then – after several years of an exciting partnership with Spider-Man and company – the president of Star Comics, Giovanni Bovini, turned his interest to the East to embark on an extremely adventurous journey to conquer the world of manga. In 1995, with the arrival and publication of Dragon Ball, the first manga in the sense of oriental reading - from left to right - our collective growth in the Italian market began. Yes, "our collective growth": that of Dragon Ball itself, of manga in general, and of Star Comics as an industry leader.

From that point on, it has been a long love story, sealed with gems - from classics like Captain Tsubasa (Holly & Benji), The bizarre adventures of JoJo of the master Hirohiko Araki, and Lamù – Urusei Yatsura, to more recent hits such as One Piece, Dragon Ball Super, My Hero Academia or the publishing phenomenon of the moment, Demon Slayer – Kimetsu no yaiba. According to the overall chart drawn up by GFK, today Star Comics is the number one independent publisher in Italy for number of copies sold, which is a milestone for us. Although this prestigious milestone has been achieved in large part thanks to Japanese comics, we want to emphasize that Star Comics is not only about manga. In order to communicate this concept effectively, this year we decided to “split” our publishing activities into two distinct parts: STAR is the label that incorporates all manga and manhwa; ASTRA is the representative label of the Western - Italian comics (Sweet Paprika, Mask'd – The Divine Children), American (Valiant, AWA,) and French bande dessinée (Il Muro, Conan il Cimmero). Two new constellations for the star publishing house, resulting in our expansion, has left us with the need to get back into the game and renew ourselves on a graphic level too. We’ve not only created the new labels, but we’ve also taken the opportunity to revamp our logo, trying to modernize it without altering it, paying our respect to the work done by the original designer Sergio Cavallerin. It seems that the operation was a success; we’re receiving a lot of appreciation from both our audience and industry insiders and this makes us very happy.

In the year of the pandemic, sales of comics in Italy grew in trade channels. The temporary results of the Study on Status of European Distribution of E-Comics estimated 603 new digital releases, with an increase of 63% compared to 2019 and total sales of 43 million Euros, which is the equivalent of a 42% increase compared to the same year. These are really exciting numbers! What can you tell us about this?

When the pandemic exploded, bringing with it the lockdown and the need to stop activities for some time (a month and a half specifically), we didn't really know what to expect. Star Comics has an average monthly release of 30-35 volumes, and the failure to put these titles on the market had obviously turned into financial losses – but on the other hand, there wasn't much we could do. When the market began to reopen and we could start publishing again we did it with consciousness, diluting the outputs to avoid clogging the comic book stores, and anticipating the publication of the "big", so that we could obtain an immediate financial return, not only for us but for the entire supply chain. Our monthly release schedules have been back to full strength since last September, and from then, we have seen great and steady growth. The audience has rediscovered manga and comics in general and is showing a renewed desire to read that is promising for the future of publishing activities, but also for a better future for our country.

How do comics compare to the digital challenge? And what effects, if any, did Covid have on these dynamics?

During the lockdown, the digital sectors underwent a decisive and sudden acceleration, to the point that we could say that the health emergency marked a definitive turning point on this front. Actually, we have two fronts: on one hand, there is digital retail or the sale of physical products on online stores, which is the sector that has grown more suddenly; on the other hand, there is digital publishing, in which we are currently involved in from a more strategic and productive point of view. During the first month of the suspension of activities, with the circulation of paper books blocked, we began to expand the publication of digital editions of our best-sellers, creating launch offers and free reading previews, while leaving the expansion of our distribution to all major digital platforms for a later stage. The experiment was absolutely successful. The sales for these types of editions – historically slow and weak – have finally begun to fuel, highlighting a significant turning point: today more than ever, it's really worth investing in the digital sector.

Digital market and paper market. What is their relationship in 2021?

So far, we’ve noted two important results: one is the increase of digital editions and the growth of the market during the lockdown and the period immediately following; the second is the global sales growth of comics, and manga in particular, which has seen a boom especially in the last quarter of 2020. What is evident is that the digital audience and the paper audience don't overlap; the increase of the first hasn't in any way stolen readers from the second, which has in fact increased in turn. These two models of use should therefore no longer be seen as competing, but should rather be considered in synergy. The plan for 2021 involves three fundamental points: the introduction of the simultaneous publication, in print and digital, for all new prominent serialization; accelerating the digital publications of our major bestsellers currently in progress, in order to be level with their counterparts in paper, thus being able to guarantee the simultaneous output of the new titles; and progressively include the most important back lists (the series that have already been completed) in our digital catalog.

Looking at a near but not immediate future, it's easy to imagine reaching a double edition - digital and paper - for all series in the catalog. Beyond this, the growth of the market and the exceptional results of Star Comics will surely push us to continue to invest; we have many ambitious projects in the pipeline, ranging from production to licensing in areas that we haven't fully explored yet... unfortunately, it's still early to talk about it in detail, but maybe we'll be able to meet up again and discuss in a few months time!

The interview was done by email in recent weeks - thanks again to Star Comics for their availability! 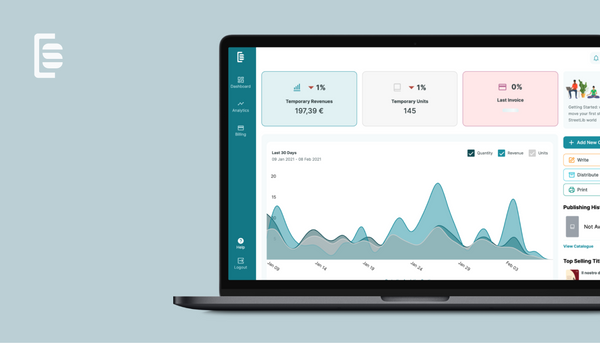 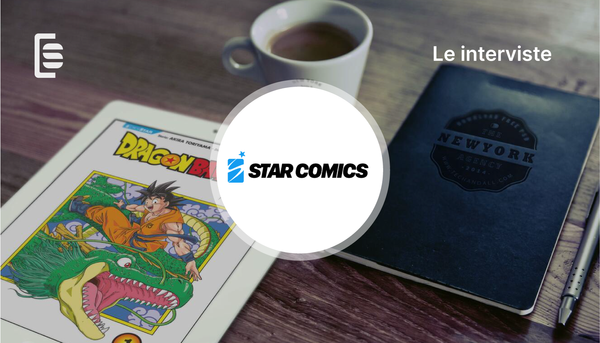