I knew it would be a different edition of the Frankfurt Book Fair when I was able to reserve the Marriott, by the fairgrounds, for less than 200 euros – with breakfast. For someone who has attended the event since 1994, this was a first. And a very welcome deal, since I have stayed in places as far as Rödermark-Ober Roden, the last S-Bahn station of the line 1.

As usually, I attended the Opening Ceremony on Tuesday and started to notice the first differences. The entrance by the Maritim Hotel directly to the Congress Center was closed, the opening event was moved to a different auditorium and the public was supposed to sit two seats away from the next person – but this was mostly disrespected by parties of people.

The effort to show a normal fair by the Frankfurt Book Fair staff was notable. They really tried to give the impression of “business as usual”, but the reality was far from it. The Opening Ceremony had technical issues when writers connected live from their homes and the transmissions froze. The artistic performances were very limited, and the whole event lacked the glamour that a guest of honor like Canada could have brought if Corona was not present. But, honestly, this was all ok. Frankfurt was back, and that’s what mattered.

For the next three days, I also tried to do business as usual. Of course, that wasn’t possible, but the experience was far more rewarding and easier than expected. On Wednesday morning, the queue to get in the fairgrounds made me wait for 30 minutes, which is an infinity on a book fair day. But I still made it to my first appointment at the Polish Book Institute. By the way, the Poles came with a very decent collective stand about the same size than other years. Italy also had an impressive collective stand for Corona times, as well as France and Spain, whose collective booths represented several publishers of their markets.

After a couple more meetings, it was clear that the bookfair was a fraction of the size of 2019. Visitors were limited to 25 thousand a day, while in a regular year a busy day can have three times that. So there was this weird feeling in the air. On the other hand, it was very easy to move around, cafés had no lines, restaurants had free tables, and there were lots of open spaces with available tables for the professionals to sit, relax or even have meetings. I confess I was afraid that the Frankfurt Book Fair would radically scale down the services around the halls, but they didn’t. And kudos to Juergen Boos and his team. By doing so, they allowed the event to be as easygoing as possible. I sure will miss the tables around in 2022.

On the next day, Thursday, the line at the entrance was gone and the German efficiency kicked in. By then, after talking to colleagues and exhibitors, the spirit of the Fair was clear: it was one of resistance and resilience. Nobody went there expecting much business, but much more to show support to a very important event. There was also a rejoiceful feeling about most of the people, as if this was the first step to a return to normality. Everyone was happy to be there. And even the Brexit Brits were commemorating their first Frankfurt stamps in their passports…

On the practical side, I had a hard time recognizing people with masks, perhaps because I am a Swedish resident and never had the chance to practice. To my surprise, people were exchanging business cards as usual, and handshakes were happening a little cautiously but almost normally, simply allowing the other person to just hit the knuckles. And there were hugs! Yes, friends would just ask you “Are you hugging?” with open arms ready for the gestures.

Masks were mandatory around the aisles and publica areas, but in half the meetings I had at booths, I did not have them on. The Book Fair also provided huge acrylic barriers for the tables, but they were mostly ignored.

I usually take part as an interviewer in the CEO Talk, an event organized by the Austrian consultant Rüdiger Wischenbart that brings high publishing executives to be interviewed by book trade media journalists. This year, the event was done in a professional studio, but with no audience. The experience was positive, however, since we never had such technical quality in our recordings and that was a good gesture of the Frankfurt Book Fair, who always provides the logistics.

Generally, the events were very few, by the way. The official ones were always done at the professional studio and broadcasted to a huge screen at the Agora, the open plaza surrounded by the halls. But there was basically no public even at the Agora, as the picture here shows. The positive side, I believe, is that the industry is learning to do hybrid events that can really democratize and enrich future book fairs.

By Friday, I myself had had several meetings. I did not have a full schedule like normally, but I had meaningful encounters, I acquired information that I could not get online and I started some promising business connections. I believe it was absolutely worthy to be there for StreetLib. More importantly, I felt reinvigorated. Being around my peers and physically diving into the global publishing industry changed my spirits, boosted my brain and gave me a much needed creativity and excitement shot. I boarded the plane to Stockholm without any doubt that book fairs are key to the success of the publishing industry.

So, it was a small Frankfurt Book Fair, but the size in this case is completely irrelevant. What matters is that the Frankfurt Book Fair is back, that we all had a fruitful event and that we all remembered the difference that book fairs can make. I am sure that everyone that attended Frankfurt this year has no doubt that the event is more relevant, essential and unmissable than ever.

See you in Frankfurt next year – and in London, Guadalajara, Bologna and Torino

Get the latest posts delivered right to your inbox 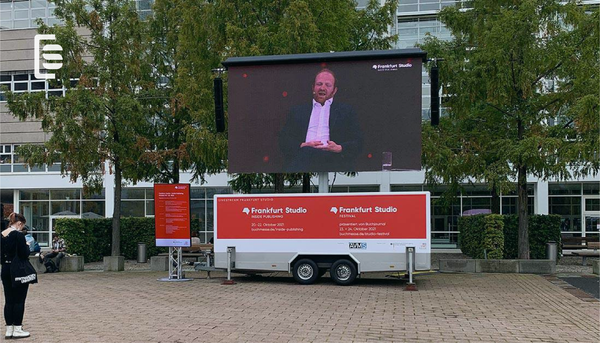 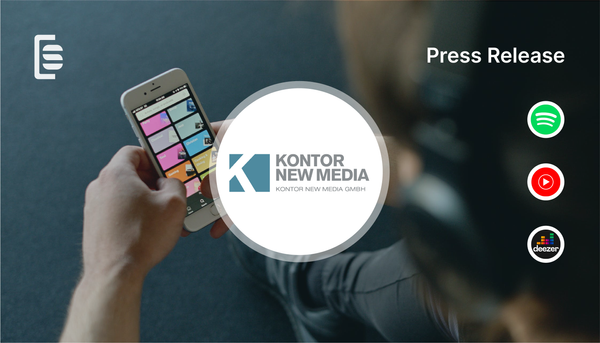 Today’s announcement takes in the main streaming music platforms like Spotify, Deezer and Youtube Music but also iHeartRadio, Apple Books and a number of other audio services.